this is motherhood {too}: a brand new mama and a deadly cancer.

I was recently contacted by Heather Von St. James, and her story radiates hope. She’s a courageous American mother, wife and survivor. Please take the time to share this post, not for me, but for Heather. Share Heather’s story, and share her page. Click it and Facebook it. She has a social networking goal, and we can help her. She’s not fundraising, simply spreading the word about mesothelioma

Metha-what? Exactly.
We share stupid, silly things all the time. Now let’s share something that spreads hope and awareness.

The doctors told her she would have 15 months to live. She had just given birth to a sweet baby girl, Lily Rose, and now Heather Von St. James was being told that her odds of surviving were nearly impossible. She was diagnosed with pleural mesothelioma, a deadly cancer that is caused by exposure to asbestos, affecting the lung’s protective lining in the chest cavity. Mesothelioma can affect the stomach and chest. Often, this type of cancer is common in males over 60 but it does happen in women and children as well. They are usually exposed to asbestos from someone’s work clothing, known as the daughters of the dust. The cancer can lay dormant for decades.

“They are sick as a direct result of being exposed to a substance that should be banned, but shockingly is still widely used around the world. I am talking about asbestos. That insidious little fiber that was put into so many products in the last century, and is still used today in many commercial applications. Once breathed in, asbestos lays dormant for 20-30 (sometimes even up to 50) years and then strikes without warning, making people so sick that most die within 18 months of diagnosis.” -Huffington Post

“The World Health Organization says 107,000 people around the world die annually from ongoing workplace exposure to asbestos. It is still used in many developing countries in everything from roofing tiles to cement pipes and boiler insulation, and even Canada imported $2.6 million worth of asbestos brake pads last year.- CBC News

Today, Heather Von St. James is a seven year mesothelioma cancer survivor, carrying hope in her heart and a message: with hope, the odds don’t matter.

I interviewed Heather, because I wanted to hear her story as a mama. Most mothers are so worried about their freshly born baby, they don’t think about themselves. Imagine having your health ripped away from you, when your heart feels called to be a nurturing mama, to care for someone else. Instead, you rely on those around you for support, and fight to live.

Did you ever feel that you couldn’t be the mum you wanted to be, but learned that you were a mother anyway, no matter what?

I feel as though I’m actually a better mom because of what happened. My journey has taught me not to take things for granted, and has therefore given me a greater appreciation for life, and for being a mother. I have learned to take life in stride, and feel that I have grown into a better woman and mother because of it. Although the first year was particularly difficult, I have adjusted to being a stay at home mom and Lily and I have grown much closer than we may have otherwise. 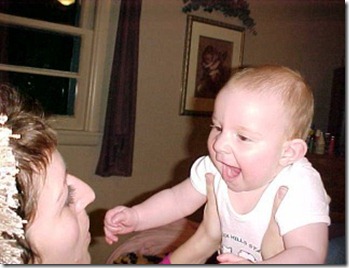 Was there a specific grief that you went through just as “mom” not just Heather. What did motherhood look like for you in those early months/years during treatment and recovery. What did you miss out on, but has since been redeemed?

It was hard. At first, I was preoccupied with the gravity of my diagnosis. Then, I was not able to fully be her parent for months because of the medical procedures and treatment. There is a saying, “It takes a village to raise a child” and that is what the first year of her life was, a village of friends and family who jumped in to help us out. While I was recovering from chemo, or going to radiation appointments, someone was always there to help with her. People would cook meals, help clean, and any other things I was no longer able to do. We had wonderful support.

Overall, I don’t know what I missed out on because we don’t know anything different. I don’t concentrate on what was, rather what is and what is to be. I have come to realize that living in the past can be destructive. It took time but we realized as a family that we couldn’t change it. We had to get through it, and just learn from it. So we try to make this moment special and keep being thankful for the days we have together.

What’s this project all about? Do you have a different motherhood story to share too?